‘GETS THE VERY BEST FROM ANY CARTRIDGE’ (seemingly)…

Says Adam Smith about the new Primare R35 phono stage in HiFi News’ May issue. ‘…the R35 has strengths that transcend its price point, especially in the way it projects performances out into the room. lt can setup a realistically three-dimensional soundstage with seemingly little effort, while also offering an impressive sense of front-to-back layering. As a result, backing effects are typically kept exactly where they need to be and are not unrealistically pulled to the fore, just as lead instrumentalists and vocalists are sharply focused… ln practice, it is an incredibly flexible and capable phono stage that seemingly has the ability to extract the very best from any cartridge that crosses it path. A rare feat at any price, this only further pumps up the R35’s value’. 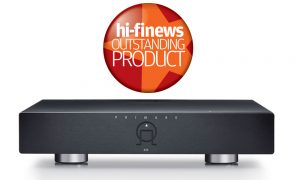